The Blessings of Motherhood

I have my daughter to thank for my spiritual awakening. Prior to her arrival on Earth, I knew very little about myself. (Although I didn't know it at the time!)

Recently, a client shared with me that she believes when a woman becomes a mother, she has to give up her freedom to make choices. This is probably a perspective that many modern women hold. I certainly remember thinking that way myself. I was afraid of children.

Yet, I have one of my own despite the fears of being a mother. After all the trials and tribulations of motherhood, I have grown so much emotionally and spiritually that I do not wish to trade the experience for anything else. My daughter is one of the most important teachers in my life. Because of my desire to connect deeply with my daughter, I have learned how to honor who I really am so that I can honor who she really is. I learned how important it is to communicate clearly and listen deeply. I learned how to set clear intention and create from my inner world. I learned to take responsibility for my own feelings, and that it is my job, not hers, to make me feel good. I learned how to trust in the unseen. I learned how to play like a child again and find delights in life. I learned how to be forgiving and compassionate. And, most importantly, I learned how to profoundly love. Yes, I feel blessed beyond measures!

So, to all the children in the world -- including you! -- thank you for your sweet and abiding love, and for having the courage to shake up the generation that came before you. Your joy and strength of spirit are inspiring. Thank you for being here!
Posted by Metta Center at 12:13 AM No comments:

Gift From a Buddhist Monk 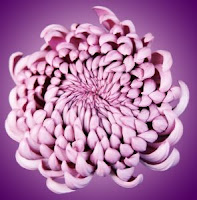 A client, who is currently in Japan, emailed me her personal experience. It is such a beautiful story, I want to share it with all of you. Thank you, N.M., for giving me the permission to include it in this newsletter!


It was a long weekend, so we went to Kyoto to our favorite temples. I went to the Tenryuji temple, which is the Zen Buddhist temple, but it was so crowded-I didn't feel that peaceful.

My Buddhist monk moment came right here, in Okayama, in front of Big Camera, one of the biggest electronic stores.

Often times, I see monks doing a standing chant in random places with a bowl for donations. (They are holding it, so it must make their arm sour -- that what I think about.) There was one in front of the Big Camera.  It was so hot, and I kind of felt sorry for him since nobody was giving any money, so I gave him 1000 yen (about 10 dollars) as I was walking, without slowing down.

Then he yelled, "Stop!" And when I approached, I saw his monk hat had duct tape all over and he had the biggest smile.

He then quickly asked me when was I born. I was confused but told him, and he said that this year is going to be a great year for me. I guess it wasn't the information, but just talking to him that made me so happy. I felt really like screaming joy noises!

I went into Big Camera (where my son was doing research on video games for his classmate) so that he could meet the monk.  The monk told my son, wow you had a really crappy year last year (no kidding) and he said hang in there for 6 more months and you will have 5 great years. As he was saying this, the monk was so joyful and happy. I noticed that his kimono was full of holes, though very clean and pressed.

I was thinking for the rest of the day that I wish I had a ton of money so I can give him that money. But even one of the world's richest men, Bill Gates, needed more money from Warren Buffet to save part of the world, so my thought is flawed. This monk was incredibly happy -- one of the happiest person I have ever met in my life. He really does not need my help. In fact, he helped me! I needed his help.

I just need to wrap my mind around the fact that the "usual needs" are really social needs. I am still feeling like I need to help him with money. (Why does the world boil down to this? The currency of life for so many of us.) I got the message though. In exchange for 1000 yen, just a piece of paper in my wallet, I got sunshine in my heart and singing in my soul. Was he God? Definitely. Can I take that with me when I go?  Definitely.  So I was the one who was given the "nasake." (In Japanese, compassion for the one who should be felt sorry for.) I am hoping to live for slightly longer because Life is actually fun now.
Posted by Metta Center at 12:07 AM No comments:

Do you trust your intuition? 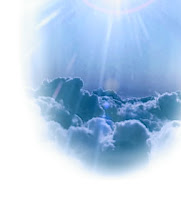 (This article was first published in May 2006 Metta Center Newsletter.)
Intuition is our great ally, a great force, to help in our journey of realizing who we are. It is one of our greatest gifts, and yet we don't always trust it.

The power of discernment is what we need to distinguish the voice of inner guidance vs. the other voices. Ask the Universe to help you grow this power so that you can hear your inner guidance the loudest, and give you the courage to follow it. As you learn to discern your voices, watch yourself and your life unfold in magical ways.

Another issue we have about trusting our intuition is one of safety. Because intuition often will call us to new and unfamiliar places, we might sense or feel the perceived "danger" in following its call, especially if we hold fear of strange places. We might feel threatened by the unfamiliariaty of new situations and we might even judge our intuition as "faulty" or "untrustworthy" if we find ourselves in challenging places. What we often unconsciously want is a guarantee that we'll be OK if we follow our intuition.

What if we let go of our need for guarantees that we'll be OK if we follow the intuition and start developing a practice of trust?

Can you imagine a life where you rely on this inner power to help, guide and support you?

This beautiful partnership between you and your intuition is like any other relationships, it thrives on trust, respect and love. Acknowledge the presence of this power and develop the thoughts and beliefs that support self-trust, self-worth and self-love. You will have a reliable and most loyal companion in your journey on the river of life.

Posted by Metta Center at 9:10 AM No comments: 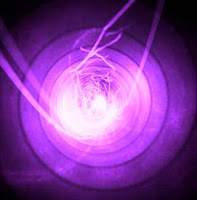 (This article was first published in the Oct/Nov issue of Metta Center email newsletter.)
When I first heard "Energy follows thought," it was all "hocus-pocus" to me. Life, however, is a great equalizer and teacher. After several "unhappy" life conditions (illness, relationship issues, etc.), I looked deep inside myself and, sure enough, I found that I held many negative beliefs that matched these "conditions". Apparently, I had been manifesting negative thoughts. When I decided to shift the thoughts connected to the issues, I noticed that my outer situation changed as well.

Often times we manifest negative results unconsciously. What we feel, think and believe the most is what we will attract.

Wouldn't you like to wake up to your ability that you can create what you desire by taking full responsibility for your current thoughts?

To shift any situation in your life, try the following three simple, but powerful, steps:

To help in shifting your thoughts, ask yourself these questions: is it true? How do I react when I think that thought? Who would I be without that thought?

I believe that we are all wizards, we are already creating what we "want" based on our most prevalent thoughts. We can learn to create our own world by being aware of what we are thinking, feeling and believing. It is a simple concept, but may not always be so simple to do. Start by noticing where you spend most of your thoughts now. That step can give you great big clues as to what you are attracting into your life.

I wish you peace, love and joy!
Posted by Metta Center at 9:03 AM No comments:

Here you can find tips, contemplations, and other inspirations for connecting you to You! Some of the posts here originally appeared in the Metta Center email newsletters.

Metta Center
Metta Center is founded by Christine Metawati with the mission to reconnect each of us with the wisdom, magic, simplicity, trust and unconditional love that are always within us.